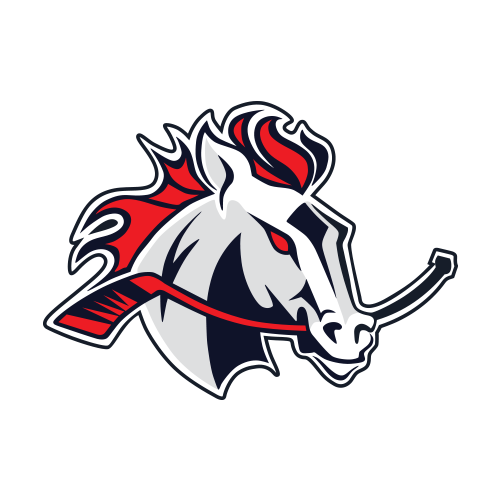 Colts Nation our great news continues as league announced their awards yesterday. Our head coach Justin Boone has been named NSJHL Coach of the Year! Cooper Puma was named Rookie of the Year with Daniel Kline of the Liverpool Privateers.

Your Capstone Colts congratulate both Justin and Cooper and all NSJHL award winners!! Go Colts Go.

On Friday March 11 the playoff game Liverpool @ Cole Harbour was not completed as a result of poor ice conditions, and the game officials called this game of for the safety of our players.There we’re only two periods completed with Cole Harbour leading 4-0.Friday night the league executive members were made aware of this incomplete game, and after consultation with  Hockey Nova Scotia Jr B rep Scott Kennedy a decision was made to have this game played over in its entirety.The decision to have this game replayed in its entirety was based on the following items.A- going  by Hockey Canada- Hockey Nova Scotia, and our Jbhl a definition of a full game is 3 full periods of hockey. The game on March 11 was not completed.B- by playing only one period- not defined as an official game. Teams could protest.C- there is less risk of playing a full game than by playing only a period of hockeyD- extra cost associated for one period of hockey- ice, referee, gas co travelling teamE  unfortunately there is nothing in our League constitution, Hockey Nova Scotia constitution, or Hockey Canada constitution that explains what happens if a playoff game is cancelled due to bad ice
—————————————
When this decision was handed to Cole Harbour to replay the game over they officially appealed this decision.On Sunday at supper time our League president Heather Campbell notified me to contact Payton Tench, and Cecil Greencorn as the three Vice Presidents had to make a decision on this appeal.After debating this issue a vote of 2-1,  it was decided that our league executive was still in favor of replaying this game over in its entirety, and if a game 7 was necessary the teams dress the same roster as possible.

NSJHL TO RESUME PLAY MON FEB 14
The Nova Scotia Junior Hockey League’s Board of Governors met Thursday evening in a zoom meeting and agreed the League would resume play again Monday Feb 14 when the 7-5-3 Liverpool Privateers visit the 11-6-1 Sackville Blazers.  It was agreed all play would take place within the respective Fred Fox and Sid Rowe Divisions with the regular season concluding Monday Feb 28.  Board Vice-Chair Danny Hines of East Hants said, “ the Governors also agreed that with the down swing in League Activity since Omnicron bore through the Province like a huge tidal wave back in December, it would only be fair to allow all teams to participate in the 21-22 League Playoffs instead of having four teams begin play again for only between four and six regular season games.
As a result, the league’s playoff schedule will begin March 1 with the third and sixth place teams and the fourth and fifth place teams  in each division playing a Best-of-Five Mini-Series concluding no later than March 8th.  The winners of these series will then take on the first and second place teams in each division in the divisional semi-finals.  Discussion also ensued around the unequal number of games being played by each team.  It was then agreed that despite the fact we are now approaching year 3 of the Covid Epidemic, very little could be done to ensure an equal number of games with all the stops and starts that have transpired and therefore final divisional standings would be based on winning percentage.
The League Semi-Finals will be played March 10-23, the Divisional Finals March 25-April 6 and the Provincial Championship Series schedules for April 8-23. The winner of the Provincial Championship is then scheduled to immediately go to Cocagne, New Brunwick for the Don Johnson Memorial Cup Atlantic Championship Tournament that is scheduled for between April 26 and May 1.

Capstone Colts Auction will be January 29 from 1-4 pm hosted by St Louis Bar and Grill, Dartmouth. Mark it on your calandar and come support the team!

Calling all Colts Alumni! This Friday, November 26th we will be hosting our Colts Alumni Night when we take on the Sackville Blazers! Our most recent Alumni will receive their old jerseys and be recognized for their play over the years  Plus some original Colts will be on hand to help celebrate our teams history  We will be attending St. Louis Bar and Grill Portland Street following the game to allow everyone some time to talk about their time with the Colts!

To all our Capstone Colts fans we want to welcome you to our games this season! It's been what seems like forever to start playing again. As we kick off the regular season we are following new restrictions. Proof of double vaccinations being the most important. This will be done outside the playing area of our new home at Shearwater Arena. Doors will open at 6:45 pm for fans. Once inside you are required to wear your mask at all times. Entrance will be through main doors off Boundary Road and exit will be via the side doors between fan bleachers.

We remind fans that these rules are being directed by our government,Hockey Nova Scotia and the Nova Scotia Junior Hockey League. Please do not take frustrations out on our volunteers or via social media. We will maintain these rules till such a time they are lifted. Your cooperation is appreciated.